First news for the new season!

I am writing this whilst sitting on a train from Munich to Innsbruck. After successfully driving the Vectra aka "Vicky Vectra" from the UK across to Austria, we were unfortunately greeted with pretty bad weather conditions, which kept Molltaller Glacier closed most days. The first world cups were rapidly approaching and I had not yet skied a single feature or pulled out of a starting gate.

I turned up to Innichen, not feeling the most prepared I have ever felt, but certainly with a smile on my face. It was FREEZING! Again, it was about –20degrees celcius. It was great to get back into a SX course, and the training was quite good. In the first race, I didn’t ski well, I made a big mistake on the most vital part of the course, the jump down onto the big flat turn. I was disappointed, not really by the result as I didn’t expect anything, but more than I made the same mistake so many runs in a row. The 2nd race I managed to get the jump right but still mucked up the turn on the flat, so a better time and certainly improvements but not really what I had hoped. I finished in 28th position on both days and now I am off the Spain to catch up with my good friend Chio and her family and have a rest, enjoy xmas, eat some jambon, throw some confetti, see Granada and train in Sierra Nevada with the Spanish SX team. I am looking forward to the races in January. I can’t wait for this year to end, 2011 will be a good year! Merry Xmas! 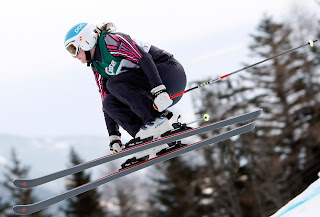 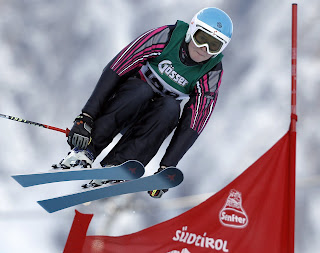 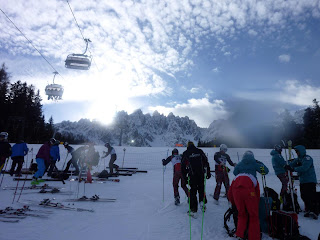